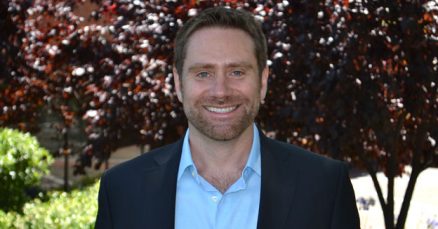 SPEAKER BIO: Alex Ford is CEO of Praetorian Digital, the leading digital media company in public safety and local government. Alex successfully built the company from the ground up, co-founding the company in 1999 and becoming its CEO in 2001. He has led the company through recapitalization and two market downturns to a clear market leadership position, driving 10 years of continuous profitability and growth.

Under his direction, Praetorian has launched more than 25 websites, including PoliceOne.com, FireRescue1.com, EMS1.com and CorrectionsOne.com – all either the #1 or #2 media properties in their respective markets – and multiple SaaS products from online learning to grant management. He has led Praetorian to a growth rate of more than 20 percent per year in each of the last three years.

During his tenure, Alex has achieved success by developing an innovative digital media business model that delivers incredible value to first responders, local government officials and industry suppliers alike. He’s continuing to aggressively grow the business through acquisitions and the development of new products and expansion into related verticals. His vision and ability to leverage technology and stay nimble has established Praetorian as a demonstrated thought leader in B2B digital media.

Praetorian Digital was named the winner of the U.S. Chamber of Commerce 2013 Small Business of the Year Award and has received numerous online publishing accolades, including multiple FOLIO ‘Eddie and Ozzie’ Awards, Association of Business Media ‘Neal’ Awards and Western Publishing Association ‘Maggies’ recognizing the best media companies in the Western U.S.

Alex’s background spans online publishing, SaaS, lead generation, content marketing and social media. Consistently named to FOLIO’s annual list of the top 100 thought leaders in media, he sits on the Board of Directors of Connectiv (formally the Association of Business Media) and is widely recognized as an innovator in monetizing online content in B2B publishing. Prior to founding Praetorian, he served as a business strategy consultant and assisted multiple Fortune 100 companies in evaluating online opportunities, including GM, IBM, and Harley-Davidson.

Alex graduated from Dartmouth College with a major in Economics and French. He lives in San Francisco and has been an active angel investor in start-ups and wine events.

About the Author: Phil Black